Sinatra! The Song Is You

Home/Tag:Sinatra! The Song Is You

Come Rain or Come Shine, a beautiful song that Frank Sinatra really liked to sing, was written by Harold Arlen in 1946. Johnny Mercer wrote the lyrics for Come Rain or Come Shine, and it was for the musical St. Louis Woman. In fact, whole music of this musical was by Harold Arlen and Johnny Mercer. The recording was first made by Tommy Dorsey‘s Orchestra in 1946, and many singers, including Frank Sinatra, recorded or sang this song later. It became a standard then.

Frank Sinatra sang Come Rain or Come Shine many times through his career, firstly via radio broadcasts, then in his albums. He first recorded the song on November 22, 1961, for his album “Sinatra and Strings”, which was released in 1962 and was arranged by Don Costa. In 1993, Frank Sinatra recorded Come Rain or Come Shine for his “Duets” album, and Gloria Estefan sang a part of it.

When Sinatra was singing at Caesars Palace, and was singing Come Rain or Come Shine, Don Costa was noted to say: “That’s still the best chart I wrote”. Will Friedwald, writer of “Sinatra! The Song Is You”, says: “The Sinatra-Costa “Come Rain or Come Shine” may well be the collaboration’s masterpiece, effectively combining the high drama of grand opera with the pure power of blues.”

Come Rain or Come Shine is really a piece of work, with its amazing orchestration. Ray Charles’ version is also worth mentioning, and could be perceived as better than Sinatra’s.

Below is a beautiful performance of Frank Sinatra, singing Come Rain or Come Shine.

What did Frank Sinatra say about Come Rain or Come Shine?

Frank Sinatra: This is a wonderful song by Johnn Mercer, arrangement by Don Costa. (1981 Argentina)

Frank Sinatra: One of my favourite songs. I probably have 10 or 12 songs and there are thousands of them. This one is by Harold Arlen and Johnny Mercer, orchestrated beautifully by the late Don Costa. For you, from me. Wonderful song, I love it. ( 1990/12/12 Meadowlands)

Frank Sinatra: I like this song, almost more than any other song I have ever sang. Mr. Harold Arlen and Mr. Johnny Mercer, wonderful orchestration by Don Costa. (1985 Japan Concert)

Frank Sinatra: This is something by Johnny Mercer and Harold Arlen, and Don Costa’s
orchestration. This is an absolute statement coming from me to all of you
because the fact that you come to spend an evening with me. (September 28
1991, Oslo)*

Frank Sinatra: This next song is a marvelous song written by two of the great song writers, I speak of Harold Arlen and Mr. Johnny Mercer. And they wrote many many wonderful songs together. THIS one is very special to me. Wonderful arrangement by Don Costa. (August 20 1982, Dominican Republic)*

Frank Sinatra: This song was written by Charlie Chapman and Tom Mix, I don’t even know this. Harold Arlen and Johnny Mercer, and orchestrated by the great Don Costa. Good song. This is from me to you, everywhere. (April 24 1994, Radio City Music Hall)*

Frank Sinatra: If I had to choose from 50 songs or 100 songs that we know, most of us know, this one would be included at all times. It was written by Harold Arlen and Johnny Mercer, great team. And also orchestrated by a brilliant man named Don Costa. And this is directly from me to you. (October 9 1991, The Point)*

Frank SInatra: This could be one of the finest pieces of popular music ever written, in spite of the wonderful tunes we have. Harold Arlen and Johnny Mercer, and Don Costa did the orchestration. (December 30 1993, MGM)*

Frank Sinatra: Johnny Mercer and Harold Arlen wrote this one. Arranged by Don Costa, one of my favorite songs of all time. Great song. This is dedicated to all of you in this room. (March 20 1984, Veterans Memorial Coliseum)*

*Special thanks to Michael Wind for his contributions regarding what did Sinatra say about Come Rain or Come Shine.

Stardust, originally “Star Dust”, was firstly a song composed by Hoagy Carmichael in the year 1927. Two years later, in 1929, Mitchell Parish wrote the lyrics for Stardust. It is certainly a standard and was sung and recorded by many artists of jazz-swing era, including Frank Sinatra. Stardust was not just “one” of the songs that Sinatra sang, but a sentimental ballad Sinatra performed almost in perfection.

Frank Sinatra first sang Stardust when he was in the band of Harry James. In fact, the very first song Frank sang with Harry James’ orchestra was Stardust. Jack Palmer, a trumpeter of Harry James said: “Just before the second show, Harry came out and introduced him as the new singer with the band. Frank then joined us at the next date we had, which I believe was in New Haven, Connecticut. I’ll never forget how Harry introduced him to the audience. He said, “Ladies and Gentlemen, this is our new vocalist, and we don’t have any arrangements for him as yet. Frank, do you think we can scare something up for you to sing?” Sinatra called out “Stardust,” which is not the easiest song to sing. Frank gave us the key and the piano and rhythm section began, and we just tried to get some background to hold it all together.

A version of Stardust can be found in Frank Sinatra and Harry James Complete Recordings. Compared to later versions, this Stardust version has a noticeable faster tempo.

Stardust had its part in Jo Stafford’s memories as well. Jo Stafford says: “We knew we were going to have a boy singer, but we didn’t know anything about him. We didn’t even meet him before the first show. Out came this rather frail looking young man with a whole bunch of hair. I just thought, hmm kinda thin. But he sang no more than a few bars of “Stardust” and a great hush fell over the theatre. Nobody had ever sounded like that before.”

Herb Sanford, Tommy Dorsey’s radio producer (after hearing Sinatra singing Stardust): “Boy, this is something else.”

In 1940, 11th of November, Frank Sinatra recorded Stardust with Tommy Dorsey Orchestra, and showed us how Stardust should be performed; slower tempo, and a slow start of “Some-times-I-Won-der-Why-I-Spend The-lonely-Nights”. In this version, Sinatra starts to sing with “The Pied Pipers”, and just in the middle of “Nights”, Pied Pipers stop, and Frank Sinatra completes the word “Nights” in an amazing way, with a brilliant voice. The “You were in my arms” part is also quite notable. Stardust is one of the leading successful songs of Tommy Dorsey era of Frank Sinatra, and was a big hit in the year 1941.

“The 1940 “Stardust” is strictly the “Smile Again” layout applied to another tune. And most effectively too, judging by its effect on Buddy Rich, who was hardly the band’s sensitivity specialist. Rich, who prided himself on being hyper masculine and downright ant sentimental, later confided to friend Mel Torme that Sinatra’s rendition of “Stardust” had him hiding his face so that no one would catch a glimpse of his tears.” (SINATRA! The Song Is You by Will Friedwald)

A famous Stardust version of Sinatra is from 1943, performed in “Your Hit Parade”. It was presented by Lucky Strike, and the video of it is available.

Frank Sinatra recorded Stardust again in his album “Sinatra and Strings” in 1962 under Reprise Records. Don Costa arranged and conducted the song this time, yet this time Sinatra sang only the verse of the song. (And now the purple dusk of twilight time…) Only the verse itself with a beautiful string section is enough, as the recording shows us.
“Costa penned an elaborate introduction, proving he wasn’t averse to writing a verse to a verse for the Voice. This intro was a key reason why Sinatra guitarist Tony Mattola cited “Stardust” as his favorite Sinatra performance. “Don sets it up like almost a tone poem in the beginning,” he said, “and it could stand by itself as a classical piece.” Then Frank just sings this lovely verse, and then Don ends it, as he does in the beginning. Whoever thought of that idea-whether it was Frank or Don or whoever-it’s completely original and absolutely beautiful.” (SINATRA! The Song Is You by Will Friedwald)

Stardust would never be a choice for Sinatra’s concerts, but the brilliant versions from 1940’s are definitely more than enough.

The references play a very important part in my articles since information about Frank Sinatra does not come out of nowhere. I use some books to include detailed information in these articles, and here is the list of those books I use as references.

Sinatra! The Song Is You, A Singer’s Art (Will Friedwald)

The Way You Wear Your Hat (Bill Zehme) 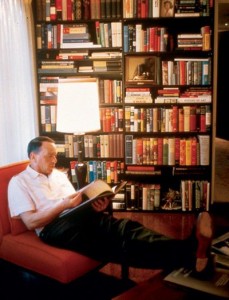