“Moon Love” is a beautiful song recorded by Frank Sinatra two times, first in 1939 with Harry James, and in 1966 in the album “Moonlight Sinatra“, arranged by Nelson Riddle (Reprise Records). The song is actually adapted from Tchaikovsky’s Fifth Symphony, and lyrics are written by Mack David, Mack Davis and Andre Kostelanetz.

And below is the 1939 version of of this song when Sinatra was working with Harry James orchestra.

Will this be moon love, nothing but moon love
Will you be gone when the dawn comes stealing through
Are these just moon dreams, grand while the moon beams
But when the moon fades away, will my dreams come true
Much as I love you, don’t let me love you
If I must pay for your kiss with lonely tears, say it’s not moon love
Tell me it’s true love, say you’ll be mine when the moon disappears

Sadly no live version of Moon Love exists, it would be nice if Frank Sinatra had sang this song at least once in his concerts.

By Ozgun Akalin|2017-06-10T00:19:40+03:00June 3rd, 2011|Categories: Albums|Tags: 1939, 1966, Album, Album Cover, All Or Nothing At All, Ciribiribin, Columbia Records, Every Day Of My Life, Frank Sinatra, Frank Sinatra and Harry James Complete Recordings, From The Bottom Of My Heart, Harry James, Here Comes The Night, If I Didn't Care, It's Funny To Everyone But Me, Melancholy Mood, Moon Love, Moonlight Sinatra, My Buddy, My Love For You, On A Little Street In Singapore, Stardust, The Lamp Is Low, This Is No Dream, Who Told You I Cared?, Wishing Will Make It So| 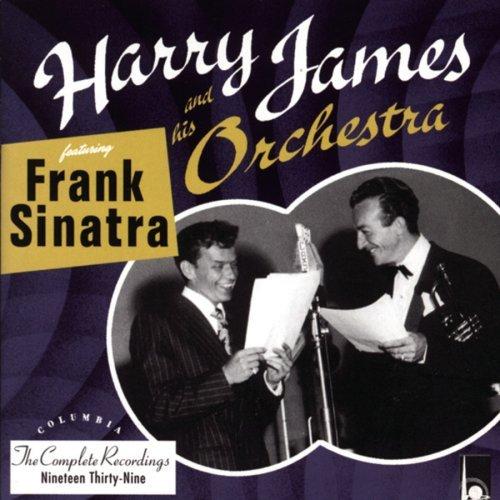 There are several notable songs in Frank Sinatra and Harry James Complete Recordings.

Melancholy Mood: Despite the annoying music at the beginning, very well performed by Frank Sinatra.
All or Nothing At All: Wonderful music and lyrics. His emphasis on some words are weird, but considering that this is one of Sinatra’s first records, it is quite acceptable.
Ciribiribin: One of the best songs in the album for me, and one of the undiscovered songs of Sinatra. His voice in this song is so beautiful that it makes you understand how good his voice in his early years was.
Stardust: This song gets better and better as you listen to it. It captures the absolute spirit of 1939. One one side, there is the big band, and on the other side is Frank Sinatra’s historical performance. Sinatra’s part ends at 1:22 and after that, till the end of the song, that is 4:01, you hear a marvelous work of Harry James’ orchestra. I specifically recommend focusing on between 2:43 and 4:01. If you are into big band music, you will love every second of it. This version of Stardust, with ease, is the best of its kind.
If I Didn’t Care: This is a very nice and also widely known song by Ink Spots. And listening this from Sinatra is nice.
Moon Love: The music and Sinatra’s voice are simply charming. Recommended.
The Lamp Is Low: Beautiful music and lyrics. A song very easy to enjoy despite some faults here and there.

Frank Sinatra and Harry James Complete Recordings is very important since these are the first songs Frank Sinatra recorded. It also gives us the opportunity to listen the young and amateur voice of Sinatra.

In the video below, you can listen to the song “Moon Love”,  1939 version from this Frank Sinatra and Harry James Complete Recordings album. Sinatra also recorded this song later for his Moonlight Sinatra album, in 1966.

And below is the “Stardust”. One of the best performances of those years.