My Way can be considered as the most popular song of Frank Sinatra, just like Strangers In The Night can be. My Way is actually an English version of the French song “Comme d’habitude”, the French and English lyrics are not related to each other though.

The earlier English version of “Comme d’habitude” was “Even A Fool Learns To Love” by David Bowie, but he could not record it as it was not accepted.

Months later, this time,  Frank Sinatra’s “little Arab friend” Paul Anka wrote lyrics of My Way from “Comme d’habitude”.  Here is a quote of him:

“I had a house in France, which was where I heard the Claude Francois record. I liked the melody, but not the words so much. I knew the French publisher and they gave me the song, and I thought I would re-construct the feel of the song. I met Frank where he was filming Tony Rome, and he said he was retiring. The song became a composite of my life and his, but mostly his. I made a demo with a session singer, called him; I said that I thought I had something pretty sensational. Don saw the worth of it – Frank stayed cool, but I knew he liked it. Three, four, five weeks later, I had a phone call and they said ‘listen to this’ and played the record over the phone to me. They were very excited! I’d never had a song quite of that substance. It was pressed up. but they threw the first run copies away because they didn’t like the mix” (Sinatra, Richard Havers).

Written by Paul Anka, based on the music of French song “Comme d’habitude”, Frank Sinatra recorded the song “My Way” on 30Th of December, 1968. It then became the title song for Sinatra’s 1969 Reprise Album, My Way.

My Way was not a worldwide hit when it first came out, but as Frank Sinatra got older, and as Sinatra’s fans got older, My Way became much more important. Though it was Frank Sinatra’s signature song, also called as “the national anthem”, Sinatra himself never liked the song, but he also did not hate “My Way” as much as he hated “Strangers In The Night”.

Barbara Sinatra: Songs like “Strangers In The Night” or “My Way”, which he’d been asked to sing over and over again since 1960s, did absolutely nothing for him. He always said the words were not subtle enough, too “on the nose.” Knowing that he’d still have to sing them at every concert, he’d try to lighten the experience by joking with the auidence that those tunes had kept him in pizza for years.

Sinatra sang My Way in many of his concerts. It is hard to think of a concert after 1970’s without My Way, as it was probably the most requested song. Here is one of the many great versions.

What Did Frank Sinatra Say About My Way?

Frank Sinatra: This of course was written by Paul Anka, and orchestrated by the late Don Costa, and it was very good to me, the first time we recorded it. ( ?? )

Frank Sinatra: We can’t do a show without this song. Paul Anka wrote it, Don Costa orchestrated it. (21 November 1993, Ledyard)

Frank Sinatra: Now, we are going to do the national anthem, but you needn’t get up. Why are you laughing? I am very serious. (13 June 1974, Caesars Palace)

Frank Sinatra: Well, here comes the old chestnut. It is a marvelous piece of music. I wish the hell I knew it. (24 April 1994, RCMH)

Frank Sinatra: This is either getting better or I am getting used to it, I think. (5 October 1991, Frankfurt)

Frank Sinatra: I hate this song, oh I hate this song. Hey you sing it for 8 years, you would hate it too! Don’t give me that jazz. Sure I love it, I’d like to get one every week. (5 May 1978, Caesars Palace)

Frank Sinatra: This is a song that has got a great deal for my career, and it was brought to me by my little friend, Mr. Paul Anka. (??)

Frank Sinatra: This is Paul Anka and a much more serious Frank. (27 August 1977, Caesars Palace)

Frank Sinatra: Here’s a song we like you to hear, possibly for the first time you have ever heard it. Paul Anka’s great song. (12 December 1990, Meadowlands Arena NJ)

Frank Sinatra: You know, I would like to do a song for you that was born in this building. The daddy was Paul Anka, and the mother was a French composer named Jacques Revaux. I would say, of the end of my lifetime, as a performer, as a singer, I’ve had the fortune of singing wonderful wonderful songs, from great talented people. And this particular song is one of the highlights of my career. (26 March 1975, Caesars Palace)

Frank Sinatra: We have something here that has become a big favorite, in the world as a matter of fact. It’s about 7 years old. It was written by young Paul Anka, and arrangement by Don Costa. If you please.  (27 November 1975, Israel)

Frank Sinatra: But I figure, I’ll do a request, my own request because you did this evening your way, we’re gonna do it my way. (4-8-1974, Carnegie Hall)*

Frank Sinatra: This is a song we can never leave out, written by Paul Anka, and orchestrated by uh … Tom Mix. I don’t know who orchestrated the song. Hugiption that did it … Don Costa did the orchestration. (12-10-1993, American West Arena)*

Frank Sinatra: So tonight, it’s hats off to the tunesmith! That gallant and immensely talented breed, that has ever given everyone in the world who has ever lived a chance to say, “They’re playing my song.” Doesn’t it get you right there? (?. 1969)*

Frank Sinatra: Something by Paul Anka who is, com quite of a composer, a singer, a lyricist, and also as a great performer. (5-29-1975, Royal Albert Hall)*

*Thanks to Michael Wind for his contributions for the famous Frank Sinatra song, My Way 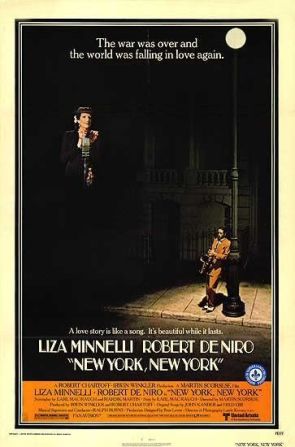 I’ve Got You Under My Skin

Strangers In The Night

Send In The Clowns